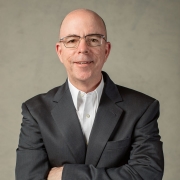 Kevin McClung leads Booz Allen’s work in support of the Army Training and Doctrine Command (TRADOC) and its subordinate organizations, including the Combined Arms Center, TRADOC schools, and Centers of Excellence. Based out of our Leavenworth, Kansas, office, Kevin is also the market leader for simulation, training, and instrumentation services for the U.S. Army’s Program Executive Office in Orlando, Florida.

Kevin gained expertise in simulation training, capability development, and doctrine while in the military. During his 27-year career in the U.S. Army, Kevin held a variety of operational command and staff positions, culminating in the rank of colonel. Prior to his current role, Kevin worked as the director of the National Simulation Center, serving also as the TRADOC capability manager for live, virtual, and constructive integrating architecture.

His previous role in the U.S. Central Command involved deployment to the Middle East in support of combat operations. During his military career, Kevin served in multiple roles around the world, including as brigade executive officer in the 1st Armored Division, operations officer of the opposing forces, and operations research systems analyst.

Kevin holds a master’s in industrial engineering from Texas A&M and a master’s in strategic studies from the U.S. Army War College. He earned his bachelor’s at the U.S. Military Academy at West Point.