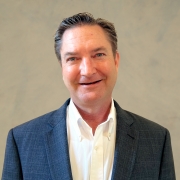 I’m proudest of the caliber of consultants I work alongside every day and the critical warfighter missions we support. Our work directly improves the nation's defensive posture, improving the safety of all Americans and international partners.

Eric leads Booz Allen’s prime and subcontract delivery across seven prime contracts and five subcontracts with over 500 experts from all functional disciplines. He currently leads support efforts aligned to the PEO C4I’s program offices, the PEO for the Undersea Warfare Systems Programs Office focused on maritime surveillance systems, among others.

Before joining Booz Allen, Eric was a program manager for the computer components distributor Titan Electronics, where he oversaw multimillion-dollar production contracts and development efforts.

Outside of the office, Eric is chapter president of the National Defense Industry Association’s San Diego chapter.

What are the three greatest opportunities in the global defense industry today? Artificial intelligence and machine learning can help clients address operator workload and optimize decision making. Helping our clients own the technical baseline to reduce vendor lock and lifecycle costs through proprietary technology is also an opportunity. Lastly, autonomous capabilities present an extraordinary opportunity to extend the military's reach and reduce risk to our forward-deployed warfighters.

What's a lesson you learned growing up, and how is it still relevant to you today? Growing up as a Navy brat, I quickly learned how to acclimate to new locations, schools, and friend groups. Playing sports taught me the value of working with and through others to achieve team victory. I also have been continuously employed since I was 13, which instilled responsibility and commitment.

How do you inspire your teams to do excellent work? How do your teams inspire you? I work with talented colleagues who share my passion for creating a team environment conducive to superior performance. Together we work hard to bring out the best in one another. I wouldn't ask a team member to do something I'm not willing to do, and I am always ready to roll up my sleeves and help out. It's not just about our people; it is all about our people, and when united and aligned, we’re unbeatable.