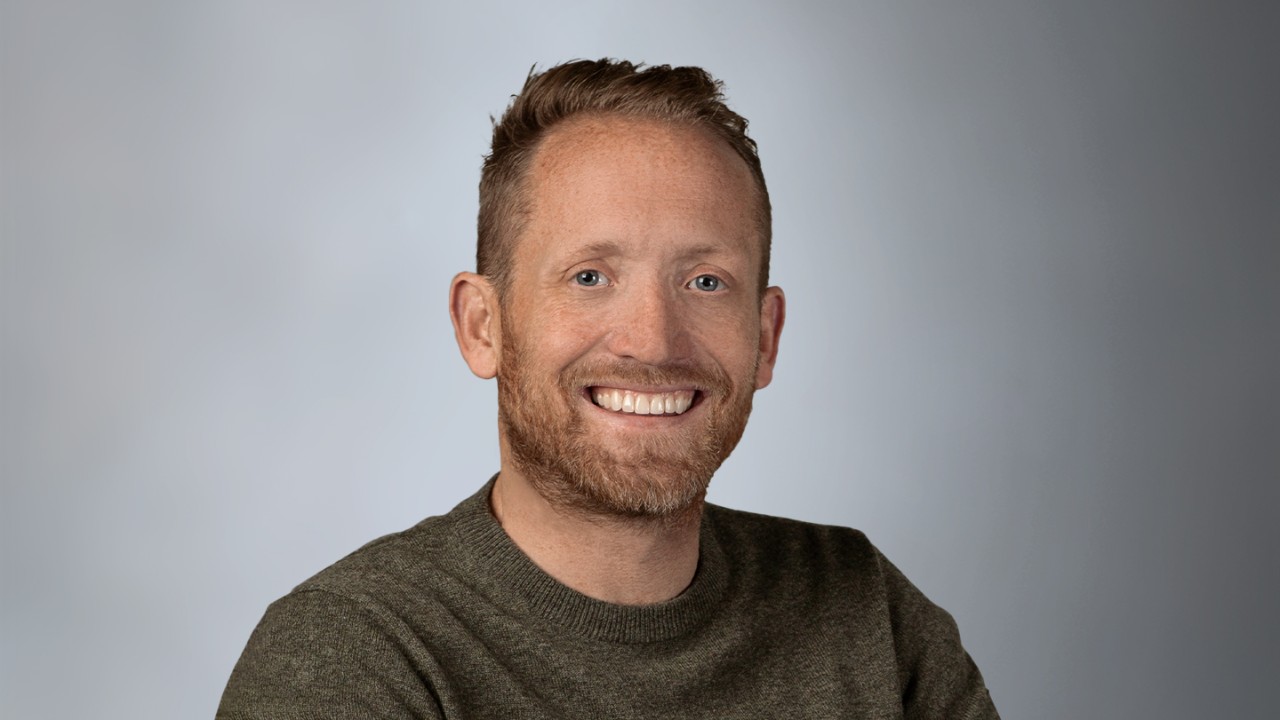 The fund’s immediate goal is to efficiently and cost-effectively connect federal clients to critical technologies for their missions. In the bigger picture, Booz Allen Ventures aims to link the U.S. public sector to an innovation supply chain for national security and economic vitality.

Vice President Brian MacCarthy leads Booz Allen Ventures. MacCarthy talks about his nontraditional journey to the world of corporate venture capital, his vision for the future, and what’s driven and facilitated his success along the way.

From the Beltway to Sandhill Road

While most venture capital professionals come from banking and finance, MacCarthy graduated with a degree in policy and communications, then led sales initiatives for software, hardware, and telecom companies.

"I was a fish out of water. I had a degree in policy, communications, and women's fashion but at its heart, networking is networking, and I was there to represent the firm and help discover new and exciting technologies we could pull into our various lines of business."

“I went as a one-man band to listen to customers and scout emerging technologies for the firm,” he said.

According to MacCarthy, 2015 was a galvanizing moment for both the Defense Department and Silicon Valley, reuniting their relationship through then-Secretary of Defense Ash Carter and the standup of Defense Innovation Unit Experimental (DIUx).

“People believed that both the military and national security community would benefit from peer-to-peer relationships with the venture capital firms, startups, investors, and academia,” he said. With the launch of the DIUx, which aimed to bring commercial technologies into the U.S. military, the Pentagon revitalized a relationship with Silicon Valley that began in the early 1940s.

As the head of Booz Allen’s new Tech Scouting division, “I was out there for a year meeting with hundreds and hundreds of startups, Pentagon officials, innovators, and accelerators—folks at the cusp of driving innovation at scale,” MacCarthy said.

The next question was how to drive new and emerging models in the public sector. To find answers, MacCarthy added investor meetings along Silicon Valley’s famed Sandhill Road to his calendar.

Finding and Filling the Innovation Gaps

Fast-forward to 2022 and the launch of Booz Allen Ventures. MacCarthy’s many years of tech scouting, plus his leadership of The Helix, Booz Allen's center for innovation, and Hackathon efforts, put him in good stead for the role. Similarly, MacCarthy said, Booz Allen’s strong institutional knowledge and understanding of client needs position Booz Allen Ventures well for the road ahead. “Our approach to corporate venture capital and being really mission focused will separate us as a player.”

His daily work now includes full days of questions, connections, and conversations, both with government agencies about what they need and with startup founders about what they’re trying to build. “What problems can we solve and who are the most promising companies?” MacCarthy notes as his focus areas.

“You become a matchmaker of sorts, listening to client and market teams while you maintain a really robust network in the innovation community,” he said. “But what the mission most needs is a strong deployment arm. It's not enough to just play the connector anymore; you have to show the client that you understand the mission, prioritize it, and then deploy the startup's readiness."

As it seeks technologies to fill in the public sector’s innovation gaps, Booz Allen Ventures will make diversity, equity, and inclusion a priority, MacCarthy said. He cited the need to build relationships with startups led by women, people of color, and other groups traditionally underrepresented in and underfunded by today’s venture capital world. “It’s important to have access to these founders,” he said.

“One thing we see in the BRG every day is accessibility, making sure that people working in a government setting get the same access to technology that anybody else would get,” MacCarthy said. “We need to be thinking about our own corporate stewardship with the things we invest in, and I think we can help be a voice within the larger venture ecosystem.”

A Lifelong Drive to Fight, Learn, and “Get in the Building”

What’s driven MacCarthy along this multifaceted and ambitious path? First of all, he explained, “Having had cystic fibrosis all my life, I’m a fighter. I tend to be in the camp that you can’t tell me what I can and cannot do. In venture capital, for example, I may not have the professional background, but I will outwork most others to learn,” said MacCarthy. “I believe that to be successful at Booz Allen, you have to be a lifelong learner.”

“As the head of Booz Allen’s Global Disabilities BRG, I see this fighting spirit every day,” he said. “For people with a disability who have successfully had a career, this may be their superpower.”

MacCarthy’s other superpower throughout his career has been an appetite for learning. “When I began tech scouting in 2015, I felt that the number one skill needed to have in the venture capital industry was mission knowledge. They don't have the luxury of being on the ground with clients, so I felt that was an advantage for Booz Allen,” he said. “I was very curious to learn how venture capital can be used as a tool for solving really tough challenges in the U.S. public sector.”

Curiosity, a complementary skill set, and determination paid off for MacCarthy. “I understood U.S. government problems and how technology might be used to solve and disrupt them, and that got me into the building,” he said.