What Kids Can Teach Us About Defense Technology

Much is written about the digital battlefield by senior military and government executives and industry chief technology officers. However, we may learn just as much from watching our kids. As the mother of teenagers, I'm constantly reminded that I am “old school” and slow. While I summarily reject that notion, I admit that kids do exhibit a good deal of tech wisdom. They're not bound by “terms and conditions” or the Federal Acquisition Regulations (FAR). They think creatively and learn while they play. Anything can be accomplished or discovered with a few clicks. If only the approach to equipping warfighters with advanced technology was that simple.

Let’s consider a few lessons that kids can teach us:

My kids are now in high school and college, and both intend to pursue careers in the engineering and computer science fields. I am inspired every day by their curiosity and creativity. Let’s learn from them and harness their generation’s good ideas for the nation’s future advantage. 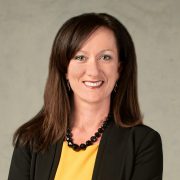