Please know that we’re closely monitoring ongoing developments about COVID-19. After careful consideration and with the safety of you and our employees in mind, Booz Allen has made the difficult decision to cancel our 2020 Summer Games internship program.

Growing up, Roshan Daniel was obsessed with building. Legos were his tools of his choice, only he never followed the directions to create the model. He preferred to mix and match pieces, conjuring something entirely new from his imagination.

It’s what makes our internship program different. Students have the freedom to capitalize on their imagination, to grow, run with ideas, and learn the process of building something new in an unobstructed environment.

“Booz Allen's Summer Games is not your typical internship. And word is out. This year we had more than 7,000 applicants for 450 internships.”

From Idea to Reality

The Summer Games is turning the traditional internship experience on its head. Participating interns are encouraged to collaborate, and given intellectual freedom to develop and prototype ideas aimed at solving major world problems. Think large-scale issues including human trafficking and disease detection, to more granular challenges like infrastructure repair and military fleet management.

Since launching in 2014 with a small batch of 60 interns, the program has grown threefold and a little more than 80 percent of offer eligible interns end up joining Booz Allen full-time. For the 2017 class, several thousand applications were received for 450 available slots.

Interns are grouped into teams, each led by a Booz Allen senior leader. Teams are assigned a major problem to solve, based off a curated list of crowdsourced issues submitted by our employees. In the span of 10 weeks the teams meet, collaborate, and iterate solutions to their respective issues.

That work culminates in three “Shark Tank”-inspired pitch sessions in front of a panel of Booz Allen vice presidents, where teams compete to win funding and mentoring to grow their idea.

Research shows that students today want internships that allow them to contribute real ideas, grow, and learn from each other. And our client teams are in search of new ideas to solve existing, persistent problems. It’s a win-win, and enables interns to learn firsthand how the firm values people with a champion’s heart who bring joy in the pursuit—win or lose.

Take it from Roshan.

“We didn’t end up winning the Summer Games competition but, at the end of the day, that didn’t matter,” he says. “I got the opportunity to mix and match bits and pieces of a problem to build a solution that could help real people. And connect with a group of problem-solvers.”

The Interns Own It

Of course, there’s the added bonus of potential employment.

Last summer, six interns, students from the University of Hawaii, had the unique opportunity of using virtual reality (VR) to recreate the opening minutes of the attack on Pearl Harbor for a local not-for-profit, the Pacific Aviation Museum, located on Ford Island in buildings that still bear the scars from that day.

Booz Allen suggested the VR project to the museum; several of our employees serve on the board of directors and the project was a great way to extend the firm’s commitment to its mission, while also showcasing our virtual and augmented reality capabilities.

Interns were exposed to and learned many new skills, from VR-specific techniques using the modeling tool Maya to programming in Unity, an industry-leading VR/AR (augmented reality) engine.

The interns ramped up fast.

“As with any project, there were a lot of hurdles, but we really let the interns own this project. They were passionate about it and it showed—they engaged the client early and often and delivered the product the client wanted,” says Staff Technologist Peter Justeson, one of the Honolulu experts who spent hours coaching and supporting the interns through their programming learning curve.

One intern is already a Booz Allen employee and four others are anticipated to be joining the firm soon.

“The Summer Games experience gave me a taste of Booz Allen’s culture. Everyone took time to answer our questions—to share their expertise to help us learn,” says intern-turned-employee John Paul “JP” McManus, a consultant. “I enjoyed the give and take with the client, the need to meet the client’s expectations, while also understanding, from an operational perspective, what’s feasible from our end.”

And Michael Jacob, a recent graduate of James Madison University, also made the intern-to-full-time jump after his Summer Games experience.

Michael is one of the founders of BeatAwake, a tool that analyzes biometric data to help prevent life threatening situations. It's an idea he came up with during the Summer Games. He worked with André Nguyen, now a technologist, to create technology that pairs up to wearable device and leverages biometric data to determine anomalies in heart rate, and alerts the wearer when one occurs.

Michael and Andre both presented a prototype of the technology at the 2016 Amazon Web Services’ re:Invent conference.

"I was able to take an idea, find someone who believed in it too, and see the technology come alive. That's what so cool about Booz Allen, and this idea that was born out of the Summer Games. We're not just sitting around thinking out loud, we're making our ideas happen." 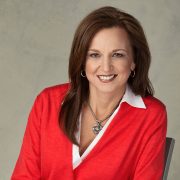