Digitally delivering ballots to Americans stationed outside the U.S.

It was 6 weeks until Election Day 2016 and Booz Allen Hamilton's Mike O’Shea and his wife, Sandy, still needed to figure out how to cast their votes from Germany.

It had been over a month since they’d moved to Darmstadt for Mike’s work in Booz Allen’s cyber business, but between marathon trips to Ikea and adjusting to life in a new country, there’d been no time to think about voting. It was important to both of them—“I haven’t missed an election since bootcamp,” Mike says—but now they worried it might be too late.

They considered trying to complete an absentee ballot at a nearby military base, but Mike recalled from his days in the Marine Corps that would involve long lines and inconvenient hours.

Seeking a better way, Sandy took to Google and discovered the Department of Defense’s (DoD) Federal Voting Assistance Program (FVAP). Using FVAP.gov, she and Mike had their absentee ballots filled out and printed in less than an hour.

“It was straightforward and easy,” Mike says. “We expected overseas voting to be a bigger hassle.”

Since 1986, it’s been FVAP’s mission to make sure Americans living abroad have everything they need to remotely exercise their voting rights. Prior to the 2016 election, the program’s website was running on severely outdated technology. To make the rapid and radical improvements necessary to meet the demands the looming election would bring, FVAP turned to Booz Allen.

“I haven't missed an election since bootcamp. It was straightforward and easy. We expected overseas voting to be a bigger hassle. ”

When our team evaluated FVAP.gov, we found a site that offered mountains of information—absentee ballot laws, deadlines, and request forms for all 50 states—but little guidance on how to navigate it.

Any revisions to this info, no matter how tiny, had to be coded in raw HTML and sent to the site’s DoD-owned hosting facility for a review and posting process that often took weeks. Because this hosting facility could not adjust user capacity on demand, FVAP had to estimate peak traffic requirements and pay to accommodate them year-round.

With an election season traffic surge looming, an estimate wouldn’t cut it. To ensure that its site performed when users needed it most, FVAP needed the ability to instantly scale up capacity as conditions required. This couldn’t happen on DoD servers. The only option was to move FVAP.gov to the cloud.

Amazon Web Services’ GovCloud was quickly identified as the ideal destination, with a pay-as-you-need scaling plan that allowed FVAP to keep capacity high for the election, then scale back when activity returned to normal. The result was increased reliability and a 60 percent cost reduction over the previous system.

Agility in the Cloud

The move to GovCloud also gave us full, front-to-back control over FVAP.gov. With the previous host, “on average it would take several weeks to make any type of change,” says Senior Lead Technologist Allison Martin, the project manager. “That made it difficult to rapidly respond to, for example, changes in state law that took place during the election cycle.”

In the cloud, work could be completed far faster. A deployment cycle for a full site release that once took 40 days now took only 24 hours.

With this heightened agility, a number of new and necessary capabilities were added for back- and front-end users. They included a customized content management system with user-friendly features like a word processor-style text editor, as well as an automated online assistant resembling the wizards on popular tax-filing websites. Users got step-by-step guidance for acquiring, completing, and casting absentee ballots.

A Model for Cloud Migrators

The 2016 election provided an immediate test for FVAP.gov’s new features and framework. The site served a record number of users without a single issue.

This is a special source of pride for Lead Engineer James Goodwin. His father served in the U.S. Air Force, which meant frequent moves for him and his family. Everywhere he went, from Nebraska to Belgium, the local military community made him feel welcome and supported.

“I’ve always been grateful for that hospitality,” he says. “I loved having this opportunity to give back.”

By helping FVAP become one of the first Defense Human Resource Activity components to successfully extricate itself from government servers, we’ve set an example that many will follow.

“We’re a model for agencies looking to move into the cloud,” says Allison. “If FVAP can do it, so can they.” 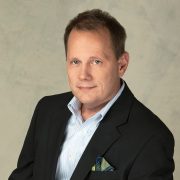