About the Women in Data Science Series

A data scientist knows that some of the richest and most intriguing stories can be found in a dataset.

To highlight the stories behind the women in data science at Booz Allen, we’ve created an editorial series on the individuals who are solving today’s big challenges and redefining, in their own unique ways, what it means to be a data scientist.

Explore the profiles and get personal with women from a variety of backgrounds, skill sets, and experience who are a part of our growing team of data scientists at Booz Allen.

Stephanie Beben took an indirect route to her role as a data scientist. Her days of dreaming about becoming a radio DJ transformed into the desire to teach. “I knew I could really understand things if I could teach them to someone else,” she explained.

While eager to teach, Stephanie was also eager to learn. She attended six different colleges in her academic career, starting out as a music industry major at Northeastern University in Boston, then transferring to Quinnipiac University where she embraced her mathematical mind. An undergraduate class in cryptography was a pivotal moment for her, as she realized that studying math could open doors that, until then, she didn’t know existed. She ultimately earned her master’s degree at Texas A&M.

Stephanie back in the day showing off her inquisitive mind.

While in grad school, the National Security Agency (NSA) hired her as an intern, and she later joined Booz Allen in what was our systems development team. There, she began identifying patterns in massive piles of data, and quickly carved out a niche for data science. While Stephanie says the team purposefully hired a “mathy” person, she learned that excelling in data science truly hinges on a certain frame of mind—rather than mathematical prowess.

Take Stephanie’s teammates for example. They come from a variety of backgrounds, and their zeal for solving problems creates an environment of trust. No question is too absurd, and no idea is too big. Stephanie is also delighted by the increasing diversity among this ambitious group. In the early days, she was one of two women. Now, at 26 people and growing, women represent nearly half of Stephanie’s team—an above average concentration of cleared female data scientists.

“Data science is a team sport.”

Stephanie thrives when she’s collaborating. In college, she played Division 1 ice hockey and even played on Booz Allen’s official ice hockey team for 6 years. She now plays with a women’s travel team out of Maryland. Off the rink, she’s translated that same spirit to her work at the office. “Data science is a team sport,” she says.

Today, Stephanie’s job as chief technologist and data scientist is split in two: One half is oversight of a complex client project, and the other is focused on leading data scientists and keeping a pulse on all of the data science operations across the firm. While having a bird’s eye view can be exciting, Stephanie will never forget advice from early on in her career: Stay as technical as long as possible. Things are changing quickly in the data science field, and maintaining technical skills now is easier than playing catchup later. Remaining technical empowers Stephanie during critical decision-making periods throughout her career.

As equally important, Stephanie focuses on nurturing her peers and colleagues in the same way others have done for her, and when recruiting, she says she looks for people “who can and want to collaborate with a team.”

It’s that collaborative energy that drives Stephanie through her career and energizes the data scientists who she lifts up around her.

Read more from the series: 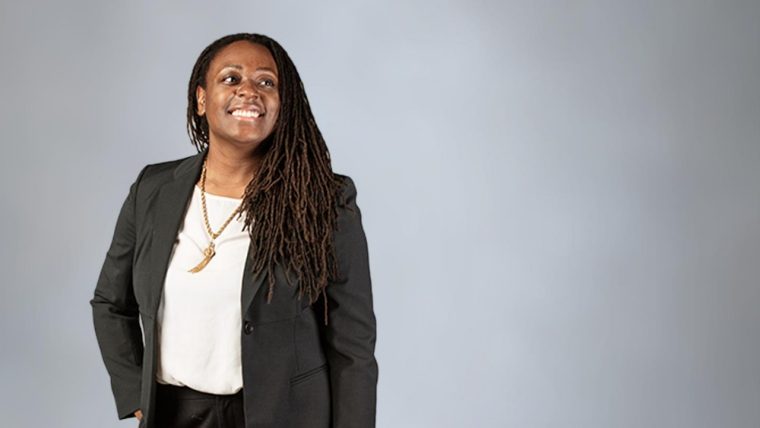 As part of our series on women in data science, Sherika shares her biggest challenges and rewards. Read More