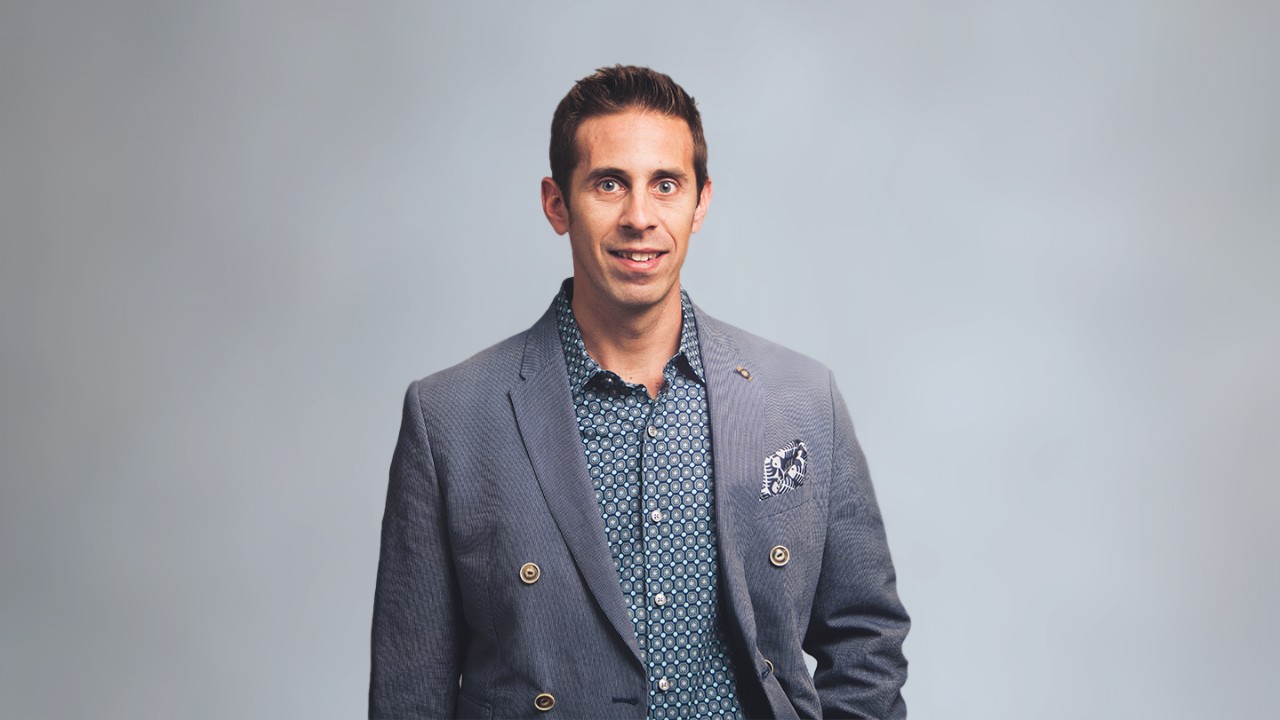 Ashely Fagan proudly dons a Pride pin. It’s one way he showcases his values and assures others that Booz Allen is an inclusive space for all. Ashely is a U.S. Air Force veteran, an experienced practitioner in the intelligence and national security community, and a lieutenant colonel in the Air Force Reserve. He’s also someone who enjoys traveling with his husband, cooking, and coming home to the greeting of his dog, Zaine.

Based in Denver, Colorado, after relocating from the DC area, Ashely has worked at Booz Allen for 14 years in a variety of roles within national security. As the integrated delivery team lead for mission operations and policy supporting the National Reconnaissance Office, he manages client relationships, business processes, and tactical sales.

Ashely also serves as one of three chiefs of staff for the executive vice president and client-service officer supporting the defense, military intelligence, and space accounts. Prior to joining Booz Allen, he served on active duty in the Air Force for six years as an intelligence officer. He holds a master’s degree in national security from Johns Hopkins University and is a lieutenant colonel in the Air Force Reserve.

But Ashely’s impressive resume is not the only thing that sets him apart as a leader at Booz Allen: His involvement with the firm’s LGBTQ+ forum, GLOBE+, has helped him cultivate inclusivity in the national security community, a place that has historically been considered more conservative. As a member of the GLOBE+ leadership committee and representative for the firm’s diversity, equity, and inclusion council, he’s helping to advance diversity and inclusion initiatives across the board.

A Place to Belong

Ashely says that his involvement in GLOBE+ has created an opportunity for him to “enrich professional experience and friendships across the firm.” While Booz Allen is a big place, its many opportunities for connection—through forums like GLOBE+ and an array of business resource groups—mean that there’s a place for everyone to create community, no matter their personal or professional background or interests.

Booz Allen’s four-pillar approach to diversity, equity, and inclusion, and its long-standing commitment to LGBTQ+ employees, means everyone is encouraged to be themselves at work. Ashely has experienced this firsthand: “I always feel like I can bring my true self to work. My team and leadership have been super supportive; I’ve brought my husband to work events and feel comfortable knowing that there’s a work environment of inclusivity promoted from the top down.”

He adds his involvement in the firm’s LGBTQ+ community has been an incredible asset to his career and network, and it’s also helped foster younger talent in the community looking to grow their careers. “Diversity—the LGBTQ+ community and beyond that—is one of the things I look for and consider as I’m growing teams.”

His final piece of advice? “Don’t be afraid to share your whole self with others. It can lead to a career that’s in sync with each and every part of who you are.”

Create your community with us

Booz Allen's people-focused culture is a cornerstone of our history and how we're able to create an inclusive workplace. Explore our current openings.