Trailblazing for a Purpose 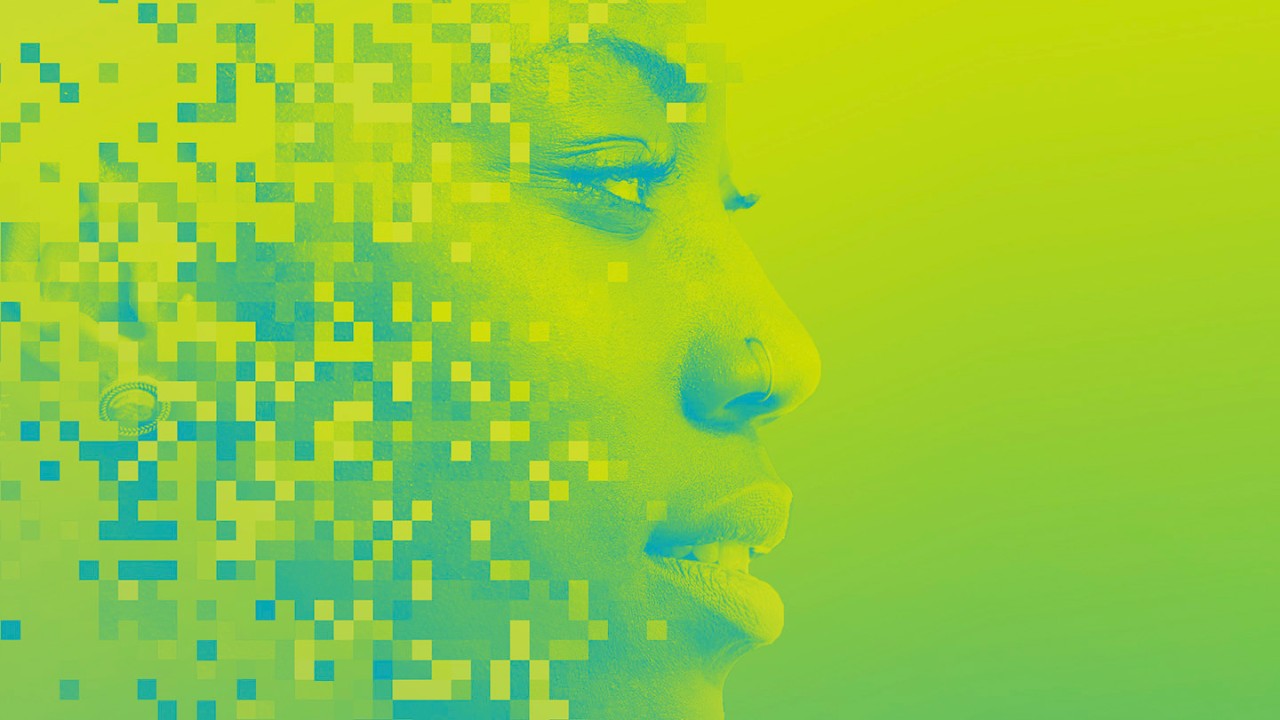 Though women throughout history have contributed greatly to invention, innovation, and entrepreneurship, their stories have largely been excluded from the popular narrative. Today, women remain undervalued and underrepresented in science and entrepreneurship, but studies show that giving due credit to female luminaries can help to advance more women into leadership. With that in mind, and in celebration of International Women’s Day, we share examples of women who boldly forged new paths in science, technology, industry, and beyond.

In elementary school, naturally left-handed Bessie Blount Griffin taught herself how to write with her right hand to avoid punishment from her teacher. She then taught herself how to write with her teeth and her feet. This determined grit became the bedrock for her many accomplishments which include developing patented assistive devices for U.S. veterans who lost limbs in war, designing disposable, contamination-free cardboard basins for hospitals, studying forensics, and launching her own forensics consultancy.

At a time when society did not have concepts like inclusivity and gender diversity top of mind, some women continued to create and innovate in pursuit of a better world. While their contributions paved the way to support continued advancements in game-changing technologies we experience today, their stories are far less celebrated as part of the historical narrative around innovation and entrepreneurship. As a result, it is no surprise that female inventors, founders, and leaders are still underrepresented and undervalued. For example, women-led companies received only 2 percent of venture capital funding in 2018.

Telling their stories today is more important than ever. Studies show that giving credit to female leaders, entrepreneurs, innovators, and those who guided the way to breakthrough insights can help to advance more women into leadership.

As we chart a course forward with transformational ingenuity, we must learn from the lessons of those women who persevered. What we discover from their experiences can empower the cultivation and celebration of emerging female talent. Doing so not only changes society’s perception of who we think should lead, but it also starts to unravel the systemic barriers that women still face today in contributing their full potential.

Our country was built on the motto E Pluribus Unum: out of many, one. Ensuring this is a place where all can succeed is not only an economic argument, but a moral one. Women of all backgrounds have much to give. And as we have learned, their ideas have already transformed our world. In honor of International Women's Day, here are four more examples of women who boldly pioneered new career paths and contributed significant tech inventions to industry and beyond. 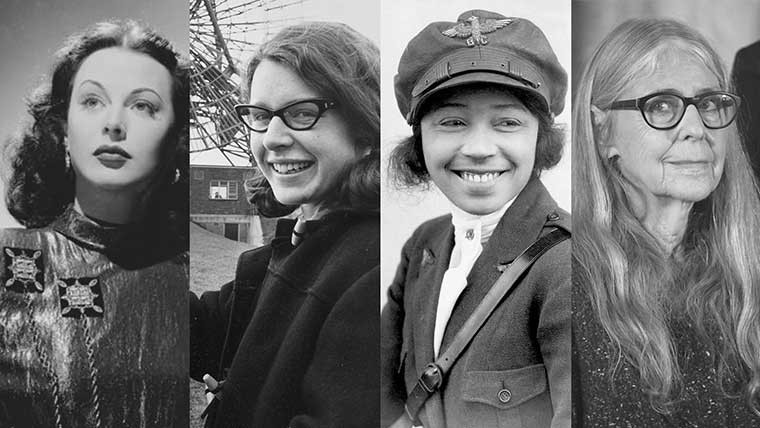 An actor who developed the technology used in Bluetooth, GPS, and Wi-Fi technologies

Called the “world’s most beautiful woman” as a Hollywood star in the 1940s, Austrian American actress Hedy Lamarr’s greatest legacy was not her looks, but her inventive brilliance. Determined to help the Allied cause, Hedy and avant-garde composer George Antheil invented a radio-guided torpedo with synchronized anti-jamming frequency hopping.

Lesson Learned: Formal training isn’t always required to be a successful inventor – Without formal training and through dinnertime conversations, Hedy learned what little she needed to advance radio-guided missile technology. Today, female inventors are still drastically underrepresented. A 2016 study found that as of 2010, only 19 percent of all patents had at least one female inventor.

An astrophysicist who made science and academia more inclusive

In 1967, Jocelyn Bell Burnell, an astrophysics graduate student at the University of Cambridge, noticed a strange occurrence in the data streaming from the radio telescope she helped build. When the pattern vanished and reappeared a month later, she took careful measurements and brought them to her advisor. She discovered pulsars—rapidly spinning neutron stars that emit radiation—one of the greatest astronomical breakthroughs of the 20th century.

Lesson Learned: Be prepared to confront stereotypes and empower diverse teams— Jocelyn is a firm believer—and living proof—that diversity drives discovery. In a 2013 TEDx talk on diversity and discomfort, she notes that diverse work teams are more creative, more flexible, more robust, and more successful. The proportion of doctorates in STEM awarded to women remain at around 40 percent in the United States. Studies show women leave STEM due to systemic issues, including lack of sponsorship, advancement, and not receiving credit for their ideas.

A dreamer who revolutionized a career path for African American pilots

At age 27, Bessie Coleman realized she wanted to fly but lived in a world that preferred to keep her grounded. Bessie moved from Atlanta, Texas to Chicago in 1915 to escape her home state’s Jim Crow laws. Her desire to be a pilot was sparked by popular accounts of World War I flying aces. Bessie sailed to France––a country with less racism where she could pursue her dream of flying.

Lesson Learned: Be persistent and prepare to go where the opportunity is— Bessie was not only a pilot but an entrepreneur who understood the power of storytelling, and the importance of technical skill and an inventive business model to sustain her passion. She followed her vision and refused to take no for an answer. Despite Bessie’s early example, only 5 percent of today’s U.S. commercial pilots are women.

Margaret led the Massachusetts Institute of Technology (MIT) team that created the Apollo 11 flight software. Besides working on the historic mission, she coined the term software engineering and helped launch an industry that changed our world.

Lesson Learned: Breakthrough insights can be reached if you empower individuals to thrive holistically—Breakthrough insights can be discovered by accident, and diversity on teams—including working mothers—brings success. Margaret was one of many unsung heroes who worked for NASA in the 1960s. In the past three decades, the percentage of women working in computer-related occupations dropped from 32 percent to 25 percent, according to the Pew Research Center. Many women struggle with personal work choices; helping them thrive is critical for innovation.

Each story, dynamic in its own right, features a woman doing extraordinary things, but it’s quite evident that if their communities were more supportive––and even accepting––more could have been achieved. Today, we continue to prioritize the improvement of gender diversity in our organizations to power true inclusive networks. In the U.S., we’re inspired by how far we’ve come as a society and workplace to ensure the development of future generations: 28 percent of scientists are female, 5 percent of pilots are female, 11 percent of engineers are female, and 19 percent of inventors are female. Although we still have a long way to go––women represent 44 percent of all investors in the U.S., 16 percent of startup founders, and 19 percent of all board members––we’re excited to continue to aid in the effort to empower and support the next generation of trailblazers.

Susan Penfield is Booz Allen Hamilton’s chief technology officer and Betty Thompson is the firm’s chief people officer. Susan and Betty will participate in the firm’s first-ever women’s summit, Unstoppable 2019, which will be held on March 14, 2019 at the Marriott Marquis in Washington, DC. Unstoppable 2019 will celebrate the incredible impact and untapped potential of Booz Allen’s female employees––women in technology, working mothers, and military spouses––and those who support their career journeys. 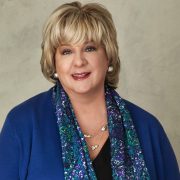 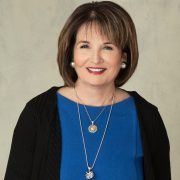