Guess how long it takes for a single plastic bottle, discarded in the ocean, to break down. A year? A decade? A lifetime?

Researchers say it could take up to 450 years for a plastic bottle to biodegrade. Fishing line takes 600 years. A cigarette filter can linger for 5, while glass takes nearly one million years to fully break down. According to Ocean Conservancy, scientists routinely discover plastic in more than half of all sea birds and turtle species, who often mistake the colorful trash as food.

“It’s a great feeling knowing that we’re joining millions of volunteers just like us around the world.”

The health of our oceans and waterways is indicative of the health of our planet. That’s something Booz Allen Hamilton employees take to heart, as we’re committed to creating significant improvements to promote sustainability at local, regional, and global levels.

But how do we combat a daunting task like cleaning up our oceans? It all starts with a ripple. (Pun intended).

We’re proud to once again team up with Ocean Conservancy during International Coastal Cleanup (ICC), the world’s biggest volunteer effort to protect the ocean. For more than 10 years volunteers across the firm have rolled up their sleeves for this important cause.

During September and October, we organized events from San Diego to Norfolk, drawing hundreds of Booz Allen employee volunteers, their families, and friends to beaches and waterways joined by a common goal: Remove trash and raise awareness of our consumption. 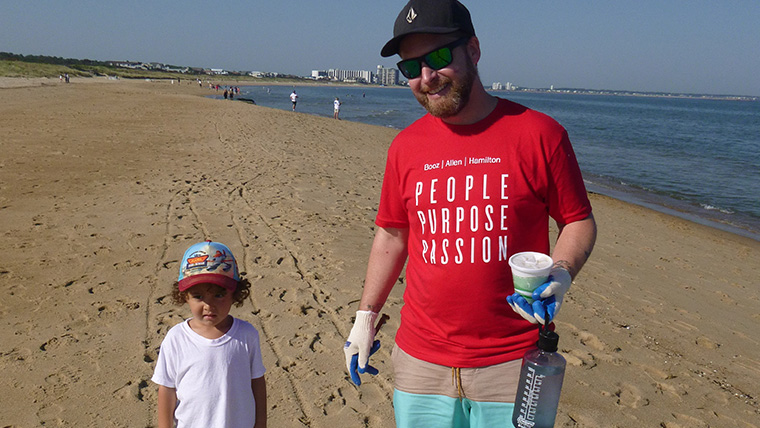 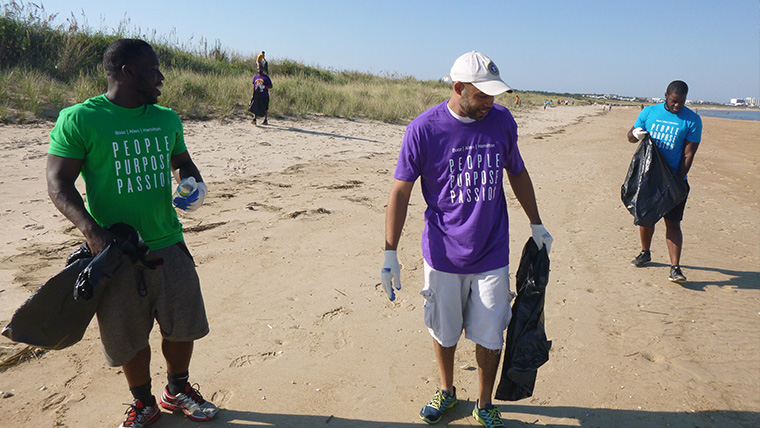 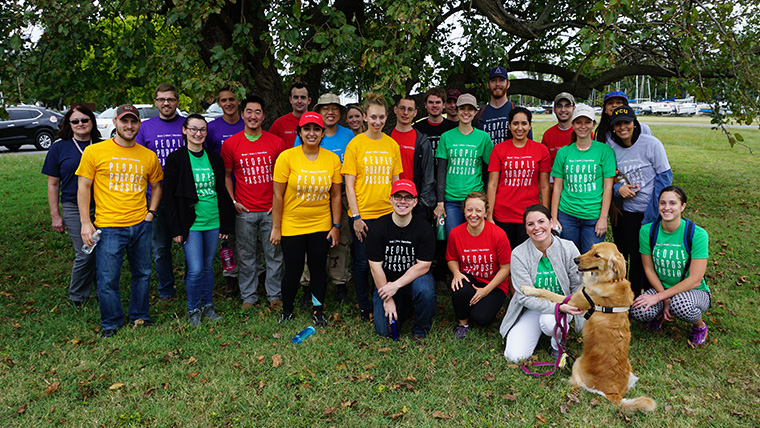 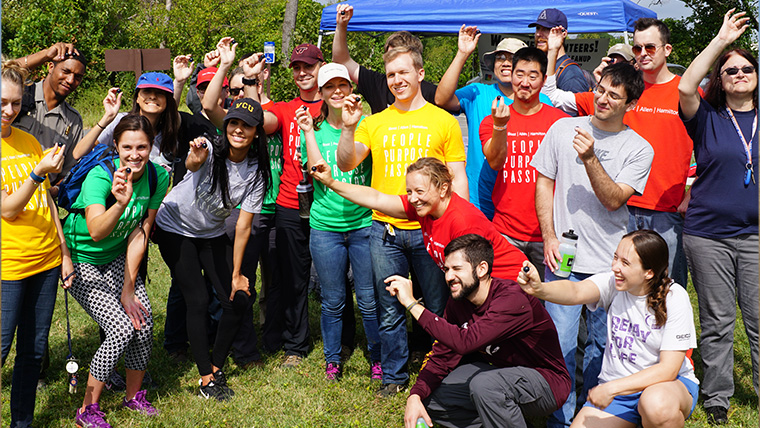 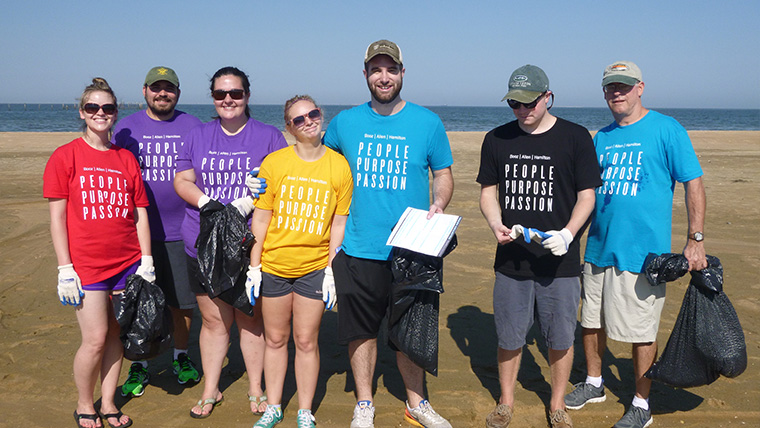 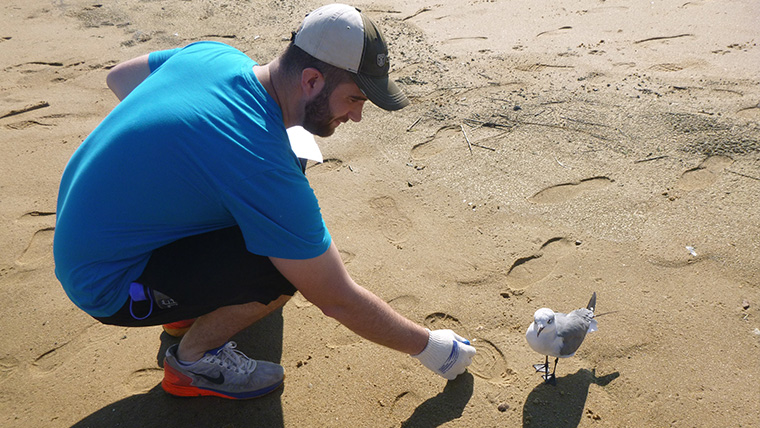 “It’s a great feeling knowing that we’re joining millions of volunteers just like us around the world,” said Bill Hall, who supports our Navy/Marine Corps work, and helped organize the Norfolk-based event.

“The ICC remains one of our premier community outreach programs here in the Norfolk office. Employees and their families young and old get a chance to make a difference.”

Our team in San Diego answered the call as well. On Saturday, September 16, volunteers assembled at the San Diego Bay National Wildlife Refuge to collect garbage—and document each individual piece of litter they found. Together, the team gathered 132 pounds of trash and a large bin full of recyclables—in just an hour and a half.

And you don’t need to be near a coastline to participate. “The event focuses on any waterway—lakes, streams, tributaries. The health of our waters is extremely important no matter where you are,” says Stephanie Fentress employee engagement manager for our Community Partnerships team. “It’s also an international event, so we offer planning toolkits and share them with groups of employees to trickle down. Even if you’re not located in an area where there’s a big event happening, you can still go out with your kids and family and participate.”

With sustainability-minded volunteers doing their part across the globe, it’s easy to see how a handful of gathered trash can quickly become a pound­—or a ton. According to the United Nations Environment Assembly, in 2015 nearly 800,000 volunteers collected more than 18 million pounds of trash—roughly equal to the weight of more than 100 Boeing 737 airplanes.

Find out more about our commitment to sustainability

Join sustainability-minded people at Booz Allen! Check out open positions today by clicking the link below.