Unflinching courage makes him ‘part of something bigger than myself’

When Rick Lamb found out he was to be inducted into the Army Ranger Hall of Fame, his first reaction was embarrassment.

“Humility must come before honor,” Rick explained during a recent phone call from Seoul, South Korea, where he is based. “You immediately think of 100 other guys who deserve it more than you. It’s a big deal. The Rangers set me up for the man I am today.”

Rick, who supports the Special Operations forces who come in and out of Korea, has been with Booz Allen for about a year and a half. He is part of the one-third of our employees who have a military background, attracted to work here because of our specialty helping the Department of Defense tackle tough issues related to military, veterans and their families, and our support of the community through not-for-profit partnerships.

“You immediately think of 100 other guys who deserve it more than you. It’s a big deal. The Rangers set me up for the man I am today.”

He calls Booz Allen a “top-notch company,” and was one of 17 Rangers recognized during the late June ceremony at Fort Benning, Georgia—a class that included soldiers from World War II through current conflicts in Afghanistan and Iraq.

Rangers, the U.S. Army’s elite military formation, are a highly disciplined force that provides combat power in politically sensitive environments. Hall of Fame inductees are selected from various Ranger units. To be eligible for nomination, soldiers must be graduates of the U.S. Army Ranger School, served in a Ranger combat unit, and be deceased, separated, or retired from active-duty military service for at least 3 years.

Many of the recent Hall of Famers—Rick included—are veterans of 1993’s Somalia-based Battle of Mogadishu, which was depicted in the novel Black Hawk Down and the Academy Award-winning film of the same name.

“During the firefight, we formed a security detail that rode out into the city to retrieve the guys that went down in the helicopter,” said Rick. “It was the most scared I’ve ever been—I didn’t want to leave anyone behind.”

Rick was wounded in the battle and medevacked out in the cover of darkness.

The battle of Mogadishu is just one moment from Rick’s illustrious military career, which spanned 26 years. His deepest pride stems from his status as an Army Ranger.

“I’m part of something bigger than myself,” he said referencing the reverence, comradery, and patriotism of those who join the ranks—calling the soldiers he served alongside “superheroes.”

Rick entered the U.S. Army in 1978, and comes for a long lineage of military service: “There was never a doubt when I was growing up. Every man I respected or loved was in a uniform.”

He led soldiers in many military operations, ranging from peacetime engagement to war in more than 37 countries, across five continents, and in six geographic Combatant Commands. He also spent more than 12 years overseas.

Rick is also the recipient of the 2015 Bull Simons Award, recognizing soldiers who embody “the true spirit, values, and skills of a Special Operations warrior.” 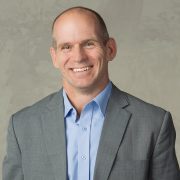