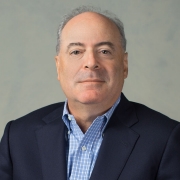 Stephen leads Booz Allen’s corporate affairs office, including marketing and communications, media relations, government relations, and corporate social responsibility functions. He spent his career focusing on public policy, politics, finance, technology, and business, including time at some of the nation’s leading institutions, such as The New York Times and Goldman Sachs.

Stephen came to Booz Allen from the global strategic communications firm Finsbury, where he was president for North America and advised the firm’s largest clients on public affairs, financial transactions, issues management, and brand reputation, among others. In the executive office at Goldman Sachs, he advised leadership on post-financial crisis issues.

Prior to Goldman Sachs, Stephen was an award-winning journalist at The New York Times. In his 23 years as a national and business correspondent in the New York office and the Washington Bureau, he wrote frequently about a range of policy, government, and business topics, including the financial crisis, Wall Street, telecommunications and antitrust, economic, technology, regulatory and legal issues. As a senior writer, he covered several federal agencies, including the Justice Department, the Securities and Exchange Commission, the Federal Communications Commission, and the Federal Trade Commission. Stephen was twice awarded the Gerald Loeb Award for Distinguished Business and Financial Journalism, the most prestigious award in business journalism, and was twice on teams that were finalists for the Pulitzer Prize.

Stephen is a member of the Board of Visitors of Duke University School of Law. He is also the chairman of the Board of Juvenile Law Center, a leading national public interest organization that advances the rights and well-being of youth in the child welfare and justice systems.

Stephen has a B.A. in political science and philosophy from Tufts University, an M.A. in philosophy from Duke Graduate School, and a J.D. from Duke Law School. He is a member of the bar in New York and Connecticut.