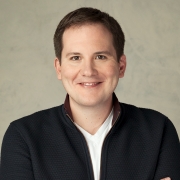 He authored the best-selling book The Mathematical Corporation, exploring the role and use of artificial intelligence in business and government. Josh conceived and helped create the Data Science Bowl, the premier worldwide machine learning challenge for social good.

A central focus of Josh’s career has been improving how technology and analytics can be applied to advance the nation's capabilities in cyberspace, healthcare, national intelligence, and delivering services to the citizen. Josh serves as the executive sponsor for Booz Allen’s LGBTQ Business Resource Group.

Prior to joining Booz Allen, he served in founder and leadership roles at a software company and in engineering roles within the Federal Government. He is a member of the Institute of Electrical and Electronics Engineers, the Association for Computing Machinery, the Armed Forces Communications and Electronics Association, and the Intelligence and National Security Alliance. He previously served on the advisory board of computer science for two major universities.

He earned his B.S. from the Missouri University of Science & Technology, his M.S. from Johns Hopkins University, and his Ph.D. from Northcentral University.

EXPAND ALL COLLAPSE ALL
What inspires and motivates Josh? Click here.

What makes you excited to come to work every day? Challenging the status quo and bringing people together to aim higher with bold ideas – and the willingness to be wrong and learn – is a huge motivator for me every day.

What’s a skill you learned from a hobby or early job growing up, and how is it still relevant to you today? Leading diverse teams is a lot like playing in a band, learning how to anticipate and riff together to make something meaningful.

What's the greatest challenge facing AI and machine learning today? Technology adoption. We must work together to accelerate the responsible adoption of machine learning at scale for public sector and commercial industries. That means engaging on tough topics such as privacy, data ownership, ethics, and responsibility. We need a galvanizing moment to bring us together on a national AI strategy and pathway for adopting the technology in a responsible way.

Why is it important for Booz Allen to be a diverse and inclusive workplace? Only when we can freely and confidently bring our whole self to work every day, can we truly build meaningful relationships that change the world for the better.