Changing behaviors for the social good requires more than just raising awareness. People often engage in behaviors that negatively impact themselves and their communities, even when they’re aware of the harm that they’re causing.

Social marketing is a discipline focused on empowering people to break harmful habits by going beyond awareness to uncover and appeal to their core motivators.

Recognizing that binge drinking among sailors remained a serious problem despite long-standing efforts to combat alcohol abuse, the U.S. Navy teamed with Booz Allen to create the Keep What You’ve Earned (KWYE) campaign.

Using primary research, we determined that sailors are strongly motivated by career concerns—keeping their careers on track and avoiding professional setbacks due to poor decision making.

Thus, KWYE delivers relatable messages at the right times via the right mediums. An app, a website, a social media presence, and a series of emotionally impactful videos remind sailors to drink responsibly and “keep what they’ve earned” as dedicated professionals and defenders of the nation. The videos feature testimonials from people like Sr. Chief Brian Wenzel, who helps motivate fellow sailors by sharing the story of why he sought help and saved his career. The campaign is credited as a significant motivator behind a remarkable decline in alcohol-related incidents.

Learn more about using social marketing to effect behavioral change across populations by downloading our Social Marketing 101 white paper. For a more in-depth look at our campaign with the Navy, check out our case study on the subject. 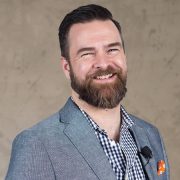