In Washington, DC, a physician with the Department of Veterans Affairs (VA) Veterans Health Administration (VHA) hears his telephone buzz with an urgent message, he pulls out his iPad, and pulls up the emergency scan of a patient in intensive care. He sees multiple blood clots in the patient’s lungs and responds instantly.

Relaxing after a busy day, a concerned wife and caregiver eagerly awaits her husband’s recent lab results. She accesses a Summary of Care app on her mobile device and views the blood count data in a table and a graph. While she’s there, she reads the consultation notes from his last appointment and schedules the next visit.

This is the new world of healthcare. “Visit-based Care” is giving way to “Connected Care” and a new paradigm of continuous healing. The result: deeper engagement by clinicians and patients, and data-driven care that controls costs and produces superior results.

“Connected health can untether clinicians from computers and speed up and enhance diagnosis and treatment.”

“I think of connected health as a wave that’s just forming, and that will crest over the next decade,” says Booz Allen Senior Vice President Dr. Kevin Vigilante. “It’s part of the broader pattern cutting across society of the connected consumer. Mobile devices have become perfect vehicles for current and projected high rates of data consumption, and we’re helping VHA help patients and clinicians see the power of mobility to drive continuous access, engagement, and care.”

Teams from Booz Allen helped the Veterans Health Administration establish a governance process and are supporting VHA in managing VA apps from concept through development and into release. In addition to Mobile App Management, our team of multi-disciplinary mobile, technology, and clinical experts are assisting VHA in assessing clinical processes and developing practical implementation strategies to enable the successful integration and adoption of these new mobile capabilities into clinical care processes. These new capabilities are reshaping healthcare, including improving patient engagement, increasing self-management, and finding clinical value in new forms of patient-generated information streaming through mobile apps and sensors. Booz Allen is working with side by side with VHA to bolster its care delivery processes, one app at a time.

Dr. Neil Evans and his team see the future. As the co-director of the VHA’s Connected Health Office, Dr. Evans is focused on turning the promise of connected health into clinical results.

“The VA forged early connections nearly a decade ago by pioneering home telehealth services and online access to personal health records through MyHealtheVet,” Dr. Evans explains. “But the recent explosion of mobile technology has changed the game. Connected health can untether clinicians from computers and speed up and enhance diagnosis and treatment. It can also empower veterans and their caregivers to manage their care proactively—and get much more value from their entire VA experience.”

But there’s no blueprint for this kind of enterprise-wide effort—few medical organizations have launched a mobile program as big and comprehensive as the one planned by the VHA Connected Health office. It’s much more than putting mobile devices into the hands of clinicians. It’s an entire ecosystem that spans program design, stakeholder engagement, mobile app management, app development, IT integration, provider training, communications, clinical process reengineering, and big data analytics. But with end-to-end support from Booz Allen, VHA is paving the way in deploying mobile technologies and applications to transform its enterprise.

“Mobile technology is still reasonably new, and it’s a fast moving field,” says Dr. Evans. “We had to understand the technical aspects of creating a mobile ecosystem for patients and providers. We had to think through the kinds of patient-generated data (PGD) that would be most valuable to have, and how to integrate it into patient lives and clinical encounters. And we had to figure out how to bring mobility into our organization, and how to scale it over a system with a workforce of 250,000 that sees 5 million patients a year.”

“This is much more than an IT project,” says Booz Allen’s Rich Crowe, a senior vice president. “It’s a group of minted professionals with diverse skill sets who can see the big picture. It’s cool and meaningful that if we do this right, we can fix some big problems and change the paradigm. Whenever you can say that’s your legacy, it’s very gratifying.”

Standing Up a Mobile Enterprise

Phase One of VHA’s ambitious mobile enterprise plan was to distribute, as part of a pilot program, over 10,000 mobile devices to clinicians at multiple VHA medical facilities across the country.

Booz Allen is working side by side with VA to change the way care is delivered through mobile technology, and our partnership extends across all dimensions of mobile enterprise design and implementation, including:

As the foundation of its mobile enterprise takes shape, VA’s gaze into advanced analytics is taking hold and its initial efforts are revealing interesting glimpses into what is in store for healthcare. The paradigm is changing through the use of mobile and connected health technologies for increased self-management for proactive care, improved monitoring and reporting, and continuous care and patient engagement. Through these new capabilities, an influx of new forms of patient provided data in all forms including text, video, and images is being collected by patients and made available to providers to support care between “visits.” How can all this health-related data be collected? How can this data be made useful to clinicians? Booz Allen is developing and piloting solutions that use data science and big data technologies to ingest new forms of data at scale, generate clinically useful insights and enable quick action through intuitive visualizations. Booz Allen’s technical experience, VA understanding, and insights regarding the needs of connected health allows us to address these challenges, as well as provide excellent support for healthcare transformation at VA.

Alone in his rural home, and hours from the closest VHA clinic, a veteran of Operation Iraqi Freedom fixates on the kitchen ceiling fan. An all-too-familiar anxiety envelops him. He picks up his smart phone and accesses the free Post-Traumatic Stress Disorder (PTSD) Coach app he had downloaded from the VA Mobile App Store. He takes a quick self-assessment—his score is higher than recent episodes. So he clicks on the Journal feature and begins to type what he’s thinking and feeling. The app scans his journal entry for key words that describe the symptoms. It then responds with a series of tips to help him bring his emotions under control. The vet tries the deep-breathing techniques first, then tries others, prompted by the app, until he finds something that works. Feeling more in control, he bypasses the app’s panic button that would have connected him to a counselor live on the phone.

A month later, a VHA physician is preparing for the same veteran’s scheduled visit. He opens the PTSD Coach app and pulls down the patient’s profile. The journal entries and trends tell him which interventions have proved most effective. The physician is well-prepared, and the vet takes home a customized treatment regimen based on his experiences.

But the program’s real value will be measured by how well it transforms the way patients and providers experience healthcare. Already, growing numbers of veterans are turning to mobile devices and sophisticated sensors to manage their health. And by transmitting their personal data to the VHA, they’re making the healthcare they receive more connected, continuous, and personal. Providers can now see a broader picture about who patients are, what makes them happy, and what motivates them to improve their health.

“If you look at the size of our industry, and the money we spend, it’s surprising to see how far healthcare still lags behind other industries in using data to understand customers, motivate behaviors, and speed up transactions,” says Dr. Evans. “It’s really exciting to see the momentum building within the VHA for mobile technology. We’re getting the information flowing between patients and providers so they can work together toward shared goals.” 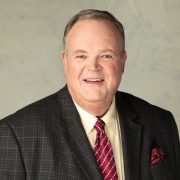