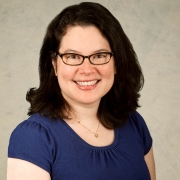 Dr. Sumiko Mekaru is an epidemiologist and life sciences expert based out of our Westborough, Massachusetts, office. She applies her expertise in infectious disease modeling and data analytics to advise commercial and government clients on critical health and safety issues like health surveillance and countering weapons of mass destruction.

After spending the majority of her career in academia, Sumiko joined Booz Allen to put her research into practice. She previously led a team that used data prospecting to conduct sentiment analysis on vaccines and detect new opioids on the dark market. Her team’s work has been reported on in publications like The New York Times and The Wall Street Journal. Sumiko has coauthored numerous research articles on disease outbreaks and surveillance in academic journals including The New England Journal of Medicine and Nature.

Sumiko previously directed operations for the HealthMap group, a team of researchers, epidemiologists, and software developers at Boston Children’s Hospital that created health surveillance tools such as Flu Near You and healthmap.org. She also served as vice president at Epidemico, where she advised the military on infectious disease modeling approaches for the development of a decision support tool to inform outbreak response.